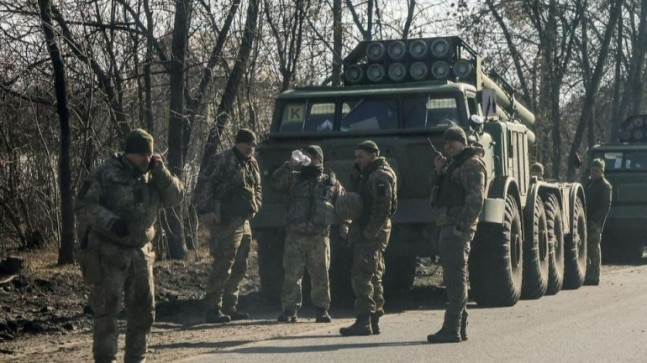 Treated like puppets at the border by Ukrainian soldiers: a student recounts the horror

Indians on the Polish border are being bullied by Ukrainian soldiers and treated like ‘puppets’, an Indian student claimed today after returning to Indore from the war-torn country.

The student, a medical student at the Ternopil National Medical University in Ukraine, said about 60 of them rented a bus from Ternopil on February 26 to reach the Ukraine-Poland border after the invasion of the country by Russia.

“But due to heavy traffic and chaos on the way, we were asked to descend about 45 km from the border. We walked from there in the freezing cold but the Ukrainian soldiers did not allow us to cross,” she alleged.

“The Ukrainian soldiers treated us like puppets, sometimes asking us to stand up, sometimes to sit down. They also asked us to applaud and laugh,” said the woman, who did not want to be identified.

Eventually they were given priority entry into Poland, she said, adding that she had returned on an evacuation flight as part of the Center’s Operation Ganga.

Another medical student, who had also returned to India from Ukraine via Poland, said: “The Indian government had issued a notice asking us to return home due to the possibility of war. But important classes were going on, and we couldn’t leave without permission from the university.”

Local officials said six medical students returned to Indore from Ukraine on Wednesday. They resided in Indore, Ujjain and Jhabua.

Some of them became visibly emotional after meeting family members at the airport. Indore MP Shankar Lalwani and Ujjain MP Anil Firojiya received them.

Read also: | Who is Viktor Yanukovych, the Kremlin’s choice for post-war Ukrainian president?

2022-03-02
Previous Post: Opinion: Is it a good idea to increase the powers of student members of school councils?
Next Post: Colorado student teachers may qualify for stipends