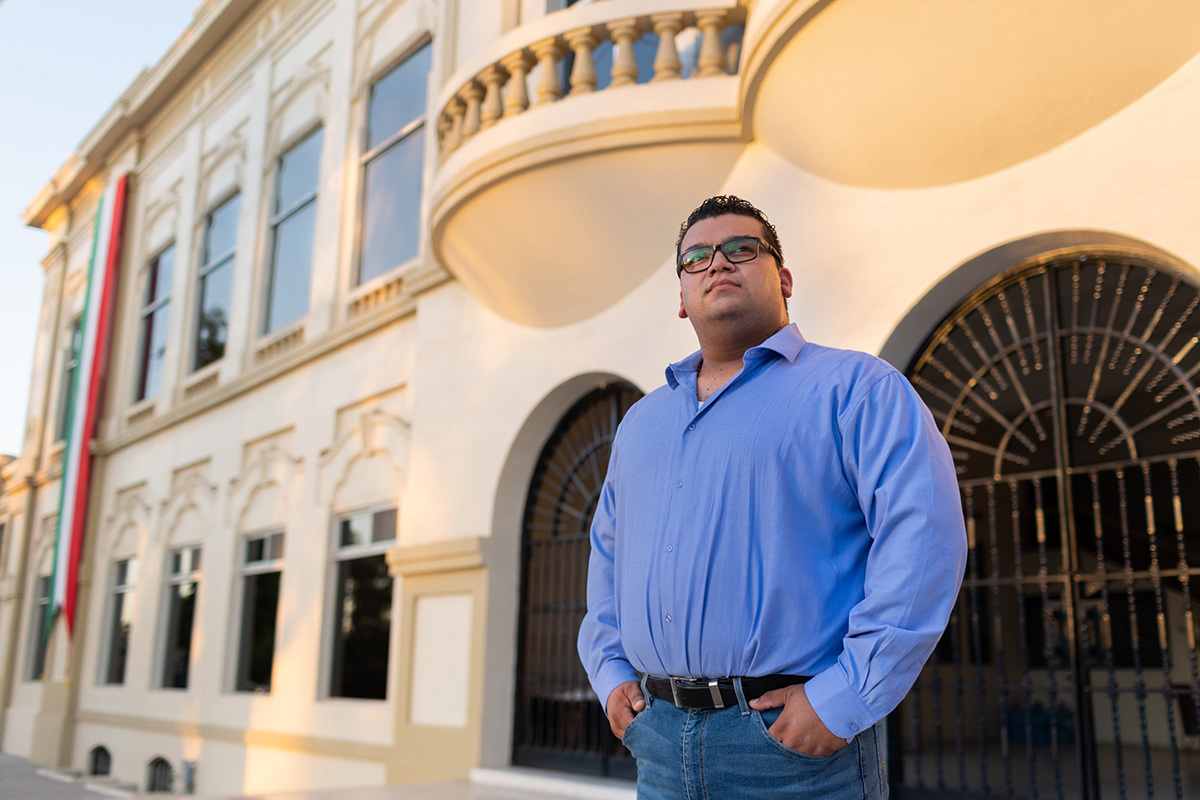 A Mexican university has sued a recent psychology graduate after a group of professors raised concerns about his graduation speech defending family and the sanctity of life, which could cost him his license to practice.

The Autonomous University of Baja California received complaints against the student, Christian Cortez Pérez, and began formal proceedings to ban him from practicing psychology, the human rights group ADF International said on Friday. .

As the top of his class at the university’s School of Medicine and Psychology, Pérez earned the right to deliver the commencement address at his June 27 graduation ceremony, where he expressed his deep moral convictions regarding the state of the world today and the importance of family and the sanctity of life, among other issues.

Some students and professors vocally protested and walked out, but he continued and gave his graduation speech in full.

The professors then published a “manifesto”, calling his speech “hate speech”. They demanded that his college degree and professional license be withheld, that his merit award be withdrawn, and that psychological associations across Mexico be alerted to his actions.

“I exercised my basic right to free speech to speak to my classmates about what I believe to be the most pressing issues of our time,” Pérez said in response to the action. ‘university. “Now I risk losing my entire professional career because I expressed opinions with which some students and professors do not agree.”

In response to the lawsuits against him, Pérez filed a counterclaim to protect his legitimate interests, said ADF International, which supports him, adding that a judgment from the university is expected later this month.

In his opening speech, Pérez said: “Today we are immersed in a real anthropological struggle to redefine the human being, the human person, the man, through the implementation of ideologies and ways of thinking that always end up undermining dignity and freedom”.

He then quoted English writer and lay theologian GK Chesterton: “People don’t know what they’re doing; because they don’t know what they are destroying. Pérez added that “attacking life and family is self-destruction, it is an attack on civilization itself.” He then urged his peers to live in solidarity with each other, saying, “You must love; no one seeks the good of another if he does not love him.

Kristina Hjelkrem, ADF International’s legal counsel for Latin America, said Pérez “faces irreparable damage to his reputation and a ban on his professional practice, threatening everything he has worked for in his career.” simply because he exercised his basic human rights and expressed opinions shared by many.

“If the campaign to punish Christian is successful, it shows that anyone who dares to speak in public in Mexico is in danger,” Hjelkrem added. “This is a flagrant violation of international human rights law, reminiscent of dictatorships, not democracies.”

Pérez said he was “committed to obtaining justice not only for myself, but for all Mexicans interested in preserving the right to free expression.”

ADF International noted that students and faculty around the world are subject to “censorship campaigns, often accompanied by legal action, which threaten to cause serious damage to both their reputations and their careers.”

Join thousands of others to get the FREEDOM POST free newsletter, sent twice a week by The Christian Post.