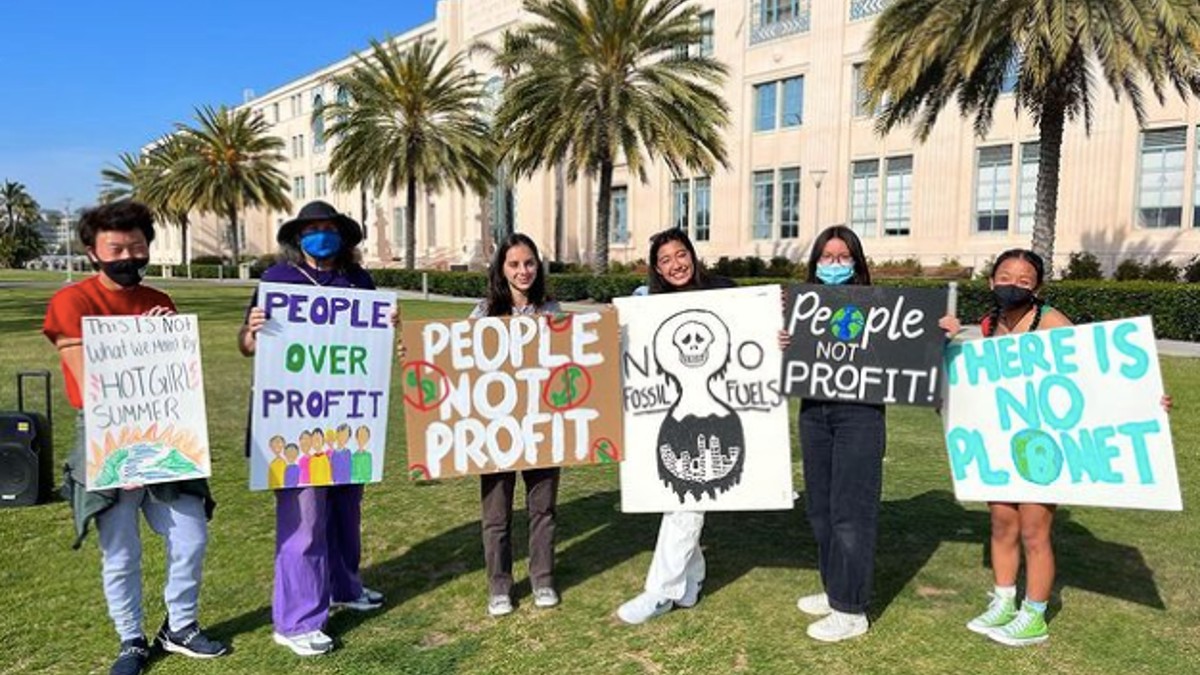 The resolution was requested by high school students as part of the Youth v. Oil from SanDiego350. It was passed unanimously by the Environment Committee on Thursday before advancing 8-0 on Tuesday.

“A future where renewables are present and fossil fuels excluded is possible, but only if we act now,” he said.

Youth v. Oil is SanDiego350’s youth-led, nonprofit, climate-focused climate action and justice campaign. Campaign members worked for more than a year on this effort, getting the resolution passed by several entities, including the San Diego Unified School District, the San Diego County Board of Education, and the Sweetwater Unified School District.

“The Youth v. Oil resolution is a powerful message of what young people can achieve in the face of seemingly overwhelming issues like our current climate crisis,” said Canyon Crest Academy sophomore Keala Minna-Choe, intern at SanDiego350 and the campaign manager. “I thank the City Council for supporting this effort and passing this resolution to create a better future for all.”

“It gives me so much hope to see the next generation fighting for our future, fighting to end our addiction to fossil fuels, and fighting to bring the very real dangers of climate change to the fore,” said the councilor Marni von Wilpert, vice-president. of the Environment Committee. “I am proud to support this resolution to move California away from fossil fuels.”

2022-04-27
Previous Post: nri: the court allows a student in a seat allocated under the Nri quota to attend classes | Bangalore News
Next Post: Summer 2022 student parking registration at University Park begins May 9