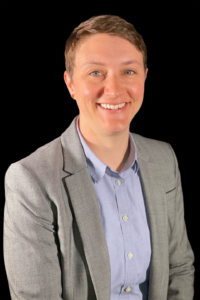 ANKENY, Iowa—Erica Spiller, assistant director of student development at DMACC, has accepted a new position at the College. Spiller has been named vice provost for student services at DMACC’s Urban Campus.

“I’m so excited about the changes we’ve seen in recent months, including this one,” said Shelli Allen, DMACC vice president of student enrollment and success services. “I know Erica will continue to show great leadership in college.”

Ms. Spiller said she was thrilled to serve as Vice Provost for Student Services at the Urban Campus.

“I look forward to joining the students and team at Urban Campus,” Spiller said. “I will support teams and functions within the Urban Campus student services area, including advising, guidance, counseling, admissions, student activities and financial aid.

Allen said she asked Spiller to continue working for DMACC’s student enrollment/success services team by continuing to lead some of the areas she does in her current role, including areas related to student success, engagement and retention.

“The goals and objectives of the Urban Campus Student Services team and district-wide responsibilities are all centered on student success and engagement,” Spiller said. “The new and ongoing responsibilities complement each other, which I believe enables us to design and implement the best strategies and systems to enhance our successes in how we support students and the community. These shared goals and responsibilities will help the work run smoothly and better position all the elements that will allow us to be efficient, effective and strategic in our work.

For the past six years at DMACC, Spiller has led student affairs assessment and counseling for the college, as well as working with the Student Success Initiatives/Early Alert Referral department and the Career Center. In addition to her current role, she has also served as Acting Director of Student Development, Orientation and Transfer Coordinator, and Assistant English Teacher at DMACC.

Prior to her time at DMACC, Spiller worked as Associate Academic Dean, Chair of the Composition Department, and Professor at Kaplan University and as Senior GED Instructor for the Lyndon B. Johnson Job Corps Center at Southwestern Community. College in Sylva, North Carolina.

She sits on a number of groups for the college, including the Accreditation Task Force; evaluation committee; retention, recruitment and search advice and reports; CRM Advise Implementation Team, Online Advisory Board; Program Evaluation Committee; and the LGBTQ+ affinity group.

“With Erica’s extensive knowledge of academia and DMACC, she will be a welcome addition to campus. I am excited about a future with Erica as the head of student services at Urban,” said Anne Howsare Boyens, DMACC Urban Campus Provost.

“I had the pleasure of working with so many amazing people on the Urban Campus during my time at DMACC, and I really look forward to working with them even more as I join the Urban team,” Spiller said.

Spiller will begin her new duties at DMACC’s Urban Campus on Wednesday, May 25.