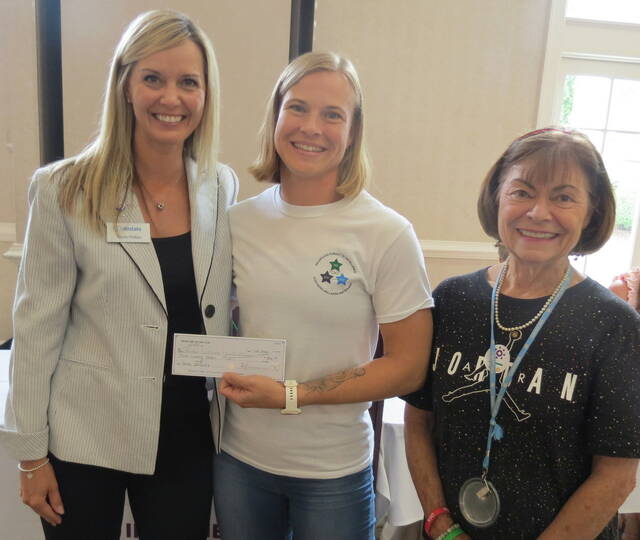 Normally a quiet affair, Monday evening’s meeting of the Surry County Planning Board this week was anything but. Sheltontown residents came out in force to express their desire to block a rezoning application on Westfield Road from Teramore Development.

Teramore looks familiar because around these parts the company is known for building Dollar Generals and would like to build more.

Retailer officials say this part of the county is showing growth and they see the need for another retail option to service future growth. According to them, the new, larger Dollar Generals floor plan also incorporates fresh fruit and an increased selection of frozen/cold items to better serve residents.

Sheltontown residents organized in preparation for the planning council meeting by gathering at the Westfield Church of Brethren directly across Quaker Road from DG’s proposed location at 2953 Westfield Road. When the weather turned sour, organizers Heather Moore and Melissa Hiatt moved the strategy session indoors so the group could work out their lineup.

Residents collected over 1,000 signatures for a petition against the request to rezone two plots of land on Westfield Road from General Residential to Conditional Commercial Rural. They also crafted and deployed yard signs that read “Say No to Sheltontown Rezoning” in a bright yellow color reminiscent of Dollar General’s coloring.

The public was allowed to comment during the meeting. Sheltontown residents explained why they oppose the rezoning request itself and do not specifically oppose Dollar General. Any commercial development along Westfield Road would raise similar concerns whether or not it was a proposed dollar store.

They say it would encroach on the natural beauty of the area, disturb wildlife, reduce property values, increase traffic (including foot traffic) and they fear it could attract crime. The group presented available crime statistics at the meeting to show a comparison between similar types of retail stores. The Busy Bee and Moore’s General Store reportedly received a fraction of law enforcement calls of any kind comparatively.

Chris Hiatt lives 200 meters from the Dollar General project. His family has deep roots in this area, he reckons he is the tenth or eleventh generation of Hiatts to reside in Sheltontown. “I’m one of four who still reside there, three are pictured in the room tonight. It’s been about 200 years that my family has lived within a three to four mile radius.

“I’ve seen the traffic patterns change, what used to be factory traffic is now all day traffic – we don’t need more. We live in a rural setting, most of us know our neighbors and what day they mow their garden or what kind of car you drive.

“One thing that hasn’t changed is the need for more commercial and retail activity in Sheltontown. If Moore’s General Store or Busy Bee doesn’t have it, the other Dollar Generals will have it covered. We don’t want our community to look like 601-Rockford St. We no longer need grass, trees or flowers replaced by asphalt and cement. We are happy as we are.

Melissa Hiatt started with the six applicable points of the county’s land use plan. In part, the land use plan calls for use decisions that will preserve open spaces; maintain quality of life; encourage the development of underutilized buildings; create sustainable economic growth to include better paying jobs. She also noted that in the 2039 land use plan, this parcel of land is zoned rural, just as it is today.

She hammered that decisions should “encourage remote businesses in predominantly rural areas on a case-by-case basis if amenities are not already available nearby”. There’s no way she sees the need for a sixth dollar general within five miles of Sheltontown.

Conversely, Greensboro land use attorney Nick Blackwood found this rezoning request to be consistent with the county’s land use plan. “(It) appears that your land development ordinance itself contemplated this exact type of commercial development when this ordinance was enacted to allow this type of isolated commercial use to serve these specific rural areas that we are talking about here tonight .”

Mike Fox, who represented Teramore on the planning board, concluded: “Just a reminder, this is a land use decision… This is the use that the board is considering tonight, and they’re looking at whether or not it meets your plan, which we think. It does. We believe that it is not for land use decisions to pick winners and losers. »

At the air pump at Moore’s General Store on Wednesday, a local resident said he saw no need for more retail options: ‘We have one in Bannertown, why do we need it here? ? Where are they going to put it anyway? »

Add Betsy Davis to the list of those who say needs are met. “In Sheltontown we have all the amenities we need in our current community stores and if in the event that one crazy day – that has never happened – they have nothing, there are five Dollar Generals less of five miles, and two of those within two, I think our bases are covered. We chose to live in this area precisely because of the quiet rural environment and I hope it will stay that way.

Inside Moore, Tarren Wright was checking out when she picked up one of the bright yellow panels. “I think there are too many Dollar Generals. (Moore’s) is so convenient and offers gas, food, accessories, tackle, beer, jerky and fishing supplies.”

Behind the counter, Russell Davis loves to hear customers appreciate Moore’s, and this support for the fight against rezoning has caught the eye from outside the region. Some of the yellow signs, he said, have already appeared at Pilot Mountain.

“It’s not even just Dollar General, we don’t want anything else here. I was born across from the subject property and returned from Ohio. I came back for the quality of life here. People come here to be close to town but not quite in town.

Joe Davis has the house opposite the site and said it would create ‘headaches which we deliberately chose to avoid when we moved into our house 37 years ago’. He asked that rezoning for any commercial use be denied, “Please help protect our way of life in our community.”

The names on the residence halls may have changed, but the sense of community was not told to the board by Melody White. She grew up walking to the Sheltontown grocery store, now Moore’s general store. She appreciates the sense of community, “Conversations go ‘how was the game’ or ‘how’s your back?’ because the neighbors know. The neighbors have their skin in the game.

A Mount Airy real estate agent, she said she helped a couple relocate to North Carolina after an exhaustive search. They chose this area for the very reasons the Sheltontown Group opposes rezoning: the peace and quiet of a rural community coupled with its natural beauty.

One argument the opposition said was about the North Carolina Scenic Byway that runs along Westfield Road. In fact, Mary Rush told the board that the Hanging Rock leg of the road begins a stone’s throw from the Sheltontown Brethren Church. It should be noted that the cycle path also follows this route and that by design the cycle path and secondary road were intended to attract tourists. The council was told that tourists come here for the green spaces, not for Dollar General.

After residents made their case, council took a moment to offer comment to presenters before moving a motion to deny Teramore’s rezoning request. He walked past the planning committee to the thunderous applause of the crowd.

The group are now preparing to speak to the Board of County Commissioners which will meet at 6pm on Monday evening in Dobson. The commissioners can then choose to approve the application to rezone the land even if the planning board has said no.

There is such a precedent that members of Salisbury City Council broke with their planning council in May to approve a new general dollar despite vigorous local objection.

Heather Moore was excited about the group’s success at the planning board this week and hopes other communities may be watching. “Sheltontown showed up. This is only the first victory as our fight will continue before the county commissioners next Monday. Remember, this could happen in your neighborhood just as easily as it “tries” to happen in ours.

2022-07-27
Previous Post: The official Fall 2022 invoice is now available – Student Services
Next Post: Student Reveals How She Works 5 Jobs While Getting Her Masters: ‘Are You OK?’