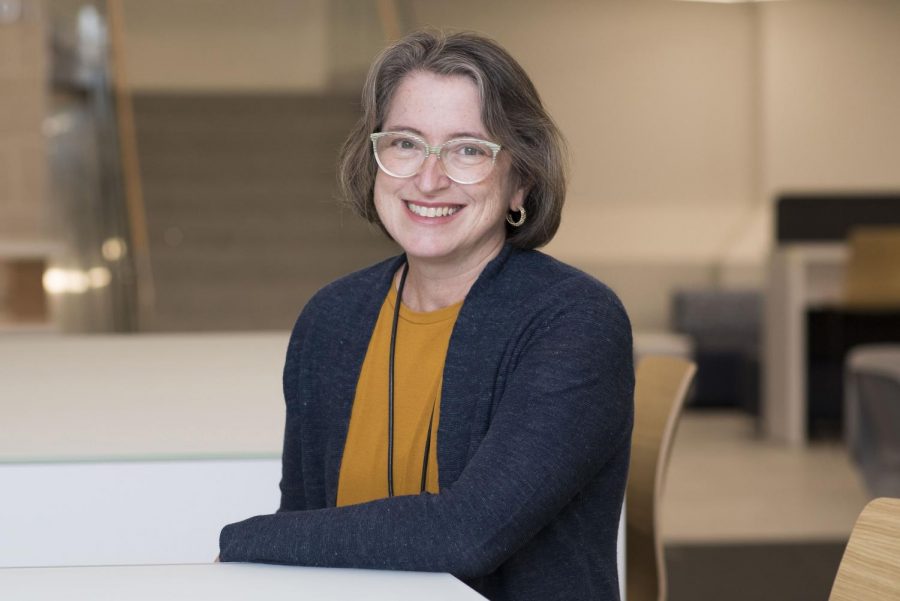 Baruch College President S. David Wu has announced that Linda Essig, MFA, Ph.D., will be the new Senior and Senior Vice President of Academic Affairs through sending emails and press releases May 3, his term starting July 1.

The Provost looks after everything related to students, student success, and advancing the college’s mission statement.

“I am responsible for all the academic work, the research work, the creative work of the college; responsible for student success; and academic excellence – both yours as a student and that of the faculty, ”Essig told The Ticker in a Zoom interview. “I’m also somewhat responsible for achieving the college’s strategic goals, including increasing its efficiency by streamlining academic operations. . . improve student success through integrated student services; increase the vitality and productivity of our research through interdisciplinary collaboration; elevate diversity, equity and inclusion throughout the college.

Additionally, the Marshal works closely with other members of the administration, but Essig said she also enjoys speaking with students and hearing their views as part of her job.

“This is a huge job that I do in conjunction with many other people and perhaps most important is my partnership with President Wu to advance Baruch’s mission of providing transformational education to his students. “

Prior to joining the Baruch administration, Essig began her career as a theater lighting designer in New York City before embarking on an academic career spanning more than 30 years.

After working in lighting, she began teaching at the University of Wisconsin-Madison as an assistant professor, rising through the ranks to become an associate professor, professor and finally department chair.

Essig then worked at Arizona State University as director of the School of theater, cinema and Television.

Later in her career, she was recruited to be the Dean of the College of Arts and Letters at California State University, Los Angeles, which she called a “similar institution” to Baruch.

In The Ticker’s Zoom conversation with Essig, she discussed her goals, plans, and updates for the 20212022 school community as a Marshal.

Goal # 1 is to minimize the risk of COVID-19 transmission within the campus community, which is why the school has decided to combine in-person, hybrid, and online classes for the semester of fall 2021.

Student life, Essig said, will remain remote for this semester, but can hopefully transition to some form of in-person format in the spring.

However, one thing Essig wants students to know about returning to all in-person classes and club life is that it will be more likely to happen sooner if more people get the shot. .

“CUNY policy requires that students be vaccinated,” she said. “Students can, or I would even go so far as to say, will experience academic consequences if they are not fully immunized.”

As the provost said, CUNY Central proposed a vaccination mandate for students who state that students can even be withdrawn from classes if they have not uploaded proof of their full vaccination to CUNYfirst by September 27 and have this proof confirmed by October 7.

“Because colleges need 10 days to verify and approve vaccination documents after students upload them, the documents must be uploaded by September 27,” the warrant reads in part. “Students taking in-person or hybrid courses that do not upload their proof of vaccination by September 27 (so documents can be approved and verified by October 7, the 45-day mark) will be subject to a potential academic withdrawal which could also impact their financial aid and make them ineligible for course reimbursement.

While there is a CUNY-wide vaccine mandate for students – except those with an approved medical or religious exemption – there is is not one for teachers. Essig said the decision to impose COVID-19 vaccines on faculty and staff should come from CUNY Central, not Baruch.

Currently, professors must either be vaccinated or present a recent negative COVID-19 test to enter the building.

An example of this is setting up a one-stop-shop for students, both online and in person, where they can access academic advice, coaching, financial aid, and counseling all in one place.

“We hear that students really like it and there’s research that shows it’s more effective, so this is an example,” Essig said.

Essig also said she wanted to empower faculty and students to be more innovative in coursework and research, such as the new Provost Innovation Fellows and Seed grants for faculty innovation. Both of these inspire students to integrate research with faculty research.

Essig explained how she wanted to improve the college’s online learning capabilities to make it a more viable option for students, including through the creation of a new task-oriented council that will outline “best practices” for the college. hybrid and online education. The council will soon ask the students for their opinion.

In terms of the announcements, Essig said renovations were still underway at the Lawrence and Eris Field Building, more commonly known as 17 Lex.

The school wants to install new, quieter air conditioners in the building. There will also be a groundbreaking ceremony for the renovated Clivner = Field Plaza on October 13.

Overall, Essig said her main goal as a provost is to do whatever she can to give the students a great education in Baruch.

“When someone asked me what my priorities were as a provost, I said, ‘Well, students first, second students, and third students,’ and it is not a lie, “she said.” Everything we do is for the purpose of fulfilling our mission of a very high quality transformational education for our students. “