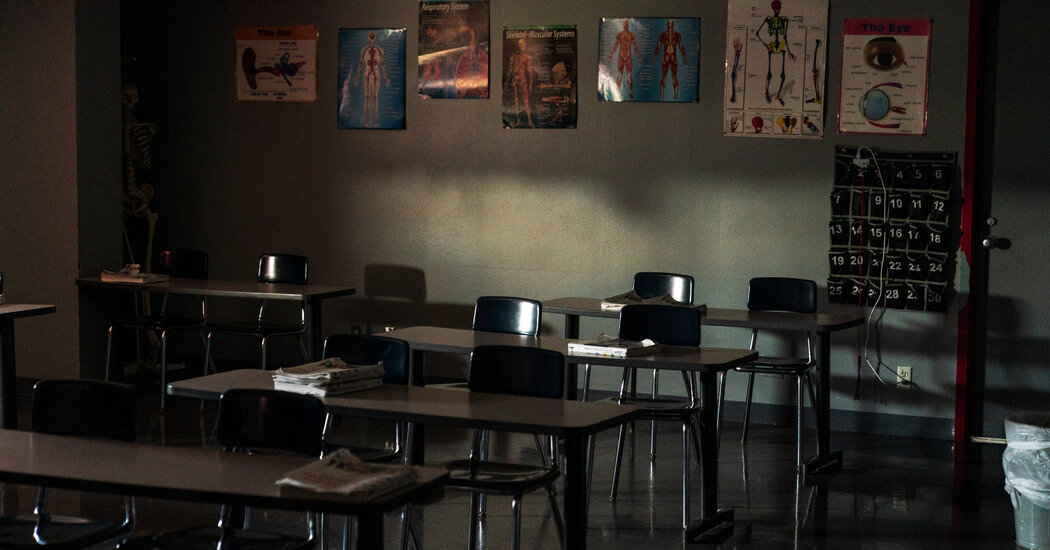 In Washington County, Maryland, the rate of chronically absent public school students rose to about 38% in the first semester of this school year, more than double the rate in a comparable pre-pandemic period. .

The absences appear to have been driven in part by depression and anxiety among students, cases of which have skyrocketed during the pandemic and are now overwhelming healthcare providers, according to district student services director Jeremy Jakoby. .

“Kids don’t show up as much as they used to,” said Leilani Ciampo, 14, a freshman in Washington County. Some students, she said, have day jobs, while others have simply gotten out of the habit of coming to class after months of online learning.

“And some of them catch Covid,” she added.

That’s what happened to Leilani, who was absent more than two dozen times in her freshman year, largely due to quarantines. She missed a fun experiment in her chemistry lab – her classmates later told her they had seen compounds ignite, creating flames in fantastic colors – and she wasn’t there when her class d English made its way into “Romeo and Juliet”.

Isolated in her bedroom and getting lecture notes online, Leilani stumbled upon the Shakespearean tragedy. Now she is scrambling to improve her grades in time to pass English this year. “I’m really worried about this,” she said.

Student anxieties have only been compounded by economic pressures, said Emily Jones, a Washington County PPW whose job is to help families find ways to cover food, utility bills or household expenses. ‘other expenses. “A lot of the families I work with, it’s all on deck,” she said. “You have children working as soon as they can get a work permit.”