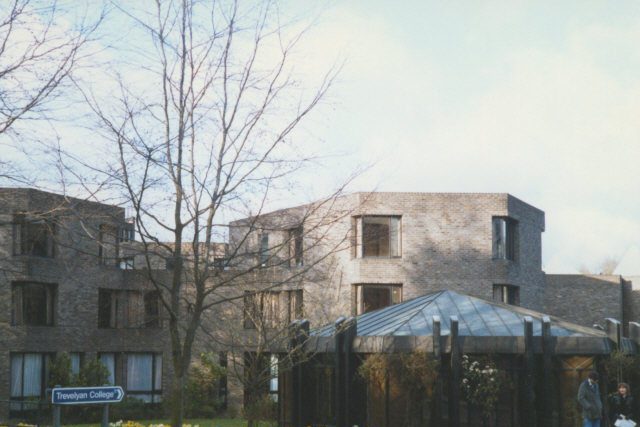 Pearce, of Ashton Street in Peterlee, faced charges of attempted theft and possession of cannabis. Pearce had already pleaded guilty to those charges at a previous hearing.

The court heard details of the incident from prosecutor Nigel Soppitt. He explained that the Asian student was walking from Trevelyan College towards Durham city center around 10.30am when the incident happened. He told the court that “she was listening to her device through headphones and the defendant walked up to her and said something to her. She couldn’t hear him so she took off her headphones.

“The defendant asked her for her papers to prove that she had the right to stay in the UK. She offered the defendant her passport and UK residence permit. The defendant said they had to go to a quiet place and they walked a short distance where the accused examined the documents.

Mr Soppitt then recounted how Pearce pretended to make a phone call while checking the documents, before threatening the student to ‘lock her up’ because he claimed her documents were fake. The student offered to take Pearce to her university’s reception to check the documents, but Pearce, who himself seemed “agitated and anxious”, continued to threaten to lock the student up.

The student became “increasingly anxious” and was considering running away when Pearce “grabbed her by the neck and put his hand around her mouth”. Mr Soppitt described how “the defendant told him to be quiet or he would take him to a place where no one would hear him. He then demanded money while dragging her further and further into an area of ​​bushes. He wrapped his arms around her and pulled her from behind, the victim screamed for help and said “please don’t hurt me”.

The student concerned was returned safely to her college while the police were called. Pearce was arrested an hour and a half after the incident, and during his arrest he admitted to trying to rob the student and apologized for his actions.

The court also heard how Pearce was released from Durham Police Station on the morning of the attempted robbery, following an investigation into another case. Pearce has 23 prior convictions for 43 offenses including kidnapping, assault and brawl. The court also heard that Pearce told officers that he “smoked so much cannabis that his bad side, [called] Geoff, had taken over and his body had passed out”. Pearce was taking Valium and drinking alcohol at the time of the incident.

Defending on behalf of Pearce, Chris Baker told the court that his main mitigation was his guilty plea, saying that “he understands that given the evidence presented in court, there is a strong likelihood that your honor will consider him a dangerous offender. It is clear that he has mental health issues and is a vulnerable man. He has a long history of significant self-harm and determined suicide attempts while in custody. Right now he is looking for help for his problems.

However, recorder Thomas Moran decided to convict Pearce, saying the attempted robbery “could and could have gone further had it not been for the two brave students who got involved”. Moran said Pearce “selected” the student as his victim and must have been “very convincing” when he asked the student for her papers.

Pearce was sentenced to an extended prison term of several years and eight months. The Trevelyan Welfare team has been contacted for comment.