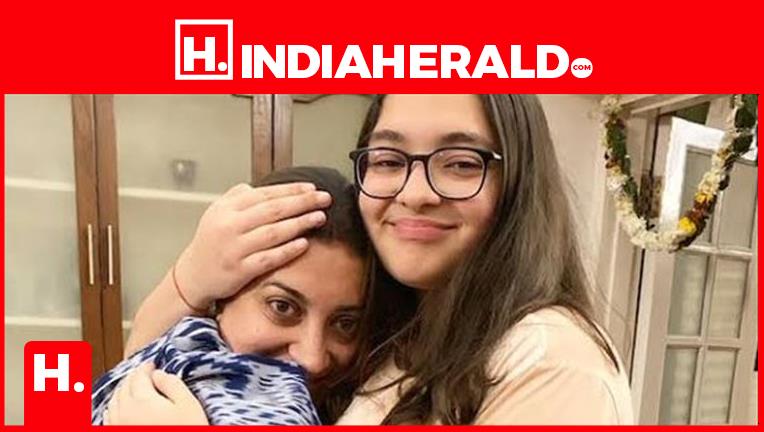 Is Smriti Irani’s daughter a student who runs a bar?

On congress allegations, smriti irani said my daughter is 18 and not in politics. She is a student. She doesn’t run the bar. Congress brought allegations against my daughter based on RTI. But, in the RTI we are talking about, there is no mention of my daughter. She said that the Gandhi family could not digest their defeat at Amethi, hence such allegations. She will go to court against it.

Congress leader Pawan Khera made serious allegations against smriti irani while holding a press conference. Said the bar was run in the name of his 18-year-old daughter. Congress Leader Jairam Ramesh said we demand that the Prime Minister immediately accept the resignation of Smriti Irani. These allegations against Irani are not documents that were taken from RTI. Smriti Irani’s daughter is accused of possessing a fake license in a Goa bar. All of this happened illegally.

Amethi MP smriti irani says her only fault was beating Rahul Gandhi at Amethi. Challenging rahul Gandhi, Irani said she will contest amethi election in 2024 and give proper response to rahul Gandhi.

Smriti Irani said the baseless allegations made against my daughter by Congress leaders while holding a press conference were all made at the behest of the Gandhi family. She asked Jairam Ramesh for saying my daughter’s name was there in the RTI. I want to ask him if he should show my daughter’s name.

2022-07-23
Previous Post: The LMPD is looking for a van with the stolen belongings of a UdeL student
Next Post: Lightning-Fast Learning: The McGill Summer Student Experience