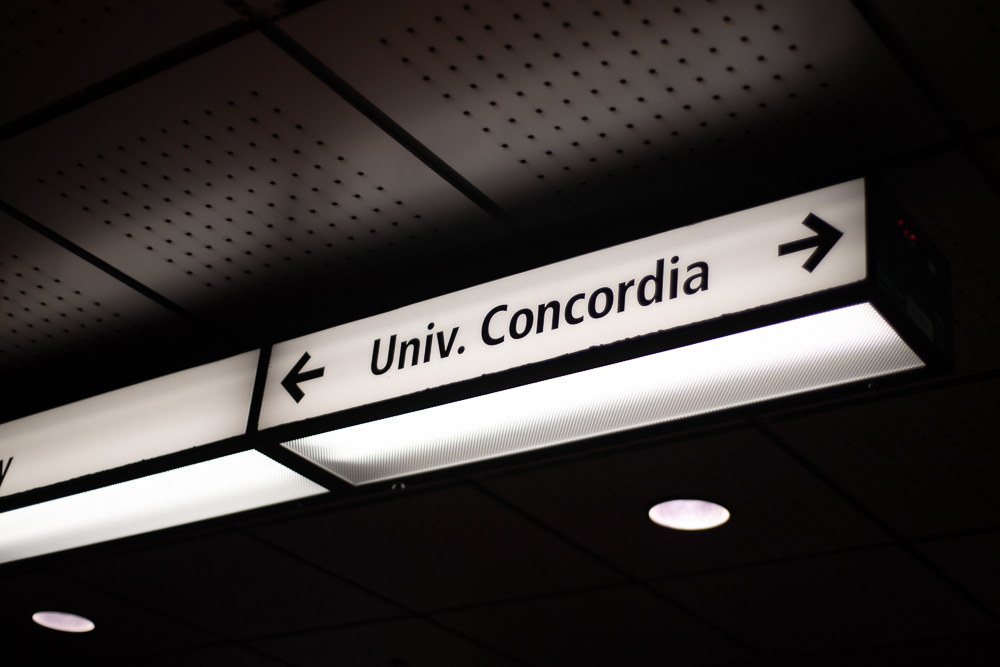 Is Concordia responsible for the expulsion of this student?

Pedriani added that since starting Concordia, he was constantly told to include his student ID in every email. It made the situation even more confusing when the people he spoke to couldn’t seem to identify him as an international student.

He first contacted Tatiana Gomez, an immigration specialist at the Office for International Students. The government had said that Pedriani’s justification for his part-time studies, as well as his proof of funding, had not been convincing. Over email, Gomez told him he should resubmit his application with stronger documentation and argument. “You have no time to waste,” she told Pedriani, urging him to hire a lawyer.

To receive some of the required documentation, Pedriani explained her situation to Poirier, but she told him that “it’s really not something I can help with right now.” She then redirected it to the ISO.

A month after speaking with her for the first time, Pedriani emailed Gomez again. “The new request is due by the end of the week,” he said. “If this new application is refused, it will be illegal for me to study at a Canadian university and I will have to leave both the university and the country, according to the Quebec government.”

“I am contacting you to see if there is a way to help,” the email concluded.

This time, Gomez referred him to the undergraduate schedule and suggested that he write to his academic advisor for additional materials for his re-application.

“That was the full extent of ISO’s help,” Mr Pedriani said.

However, Gomez also drew attention to the fact that “ISO has a limited mandate to provide students with information and guidance regarding their temporary status in Canada with respect to their studies at Concordia.” Pedriani’s situation was simply beyond that mandate.

Although Gomez declined to comment specifically on Pedriani’s case, she did mention that she was sorry to hear how disappointed he was with The Bureau. “In my experience, ISO staff really care about helping students and strive to provide as much support as possible within their mandate,” she said.

Seeing nothing else to do, her family hired Léa Charbonneau, an immigration lawyer from Brunel Immigration. She attempted to justify each of Pedriani’s part-time semesters to the government. To bolster his case, Pedriani said he contacted his adviser and the ISO for supporting documentation, but both told him they could not provide any.

“In desperation for supporting documents from the school, I personally contacted one of my professors, who graciously provided a well-written supporting document that affirmed that I was a full-time student in good standing in the program,” he added. .

However, the calls have stagnated.

On November 1, Concordia contacted Pedriani and told him he had one week to submit his immigration paperwork or he would be deported.

“I was devastated. I could barely focus on my studies while trying to email the school, the government and our immigration lawyer about this news,” he continued.

At this point, he had already completed the application process, but was awaiting a response from the government. Mainly due to complications induced by the pandemic, the Department of Immigration Canada currently has a backlog of over 1.8 million applications.

Similarly, Gomez claimed that requests to ISO have increased since the start of the pandemic, “averaging 200 per day and going up to 500 per day during peak periods.”

Several international students have confirmed that the ISO service during these times tends to be inaccessible and unhelpful.

Eventually, Concordia gave Pedriani another week to submit her documents. His lawyer urged the government to process the application before Concordia’s extended deadline.

She succeeded. Finally, on the last day of the deadline, Pedriani received his response. His request was denied and he had 90 days to leave the country.

In total, his legal fees were approximately C$3,500. He also lost an additional $11,795.44 CAD, the price of his tuition for the semester. Although he was able to get along with his landlord, the debacle also cost him two months’ rent.

“My dismissal has nothing to do with my academic performance during my last years at university; it was legal issues,” he said.

This winter, Pedriani’s mother, Valerie, emailed Agarwal, the associate dean who had overseen his readmission. “Why would you offer him the opportunity to be readmitted to the program when the offer you specifically provided was in violation of his CAQ?” asked Valerie Pedriani.

Agarwal simply replied that “the readmission decision is based on academic grounds” and that she should refer to ISO for questions regarding CAQs and visas. Agarwal also said she would pass on Pedriani’s message to the current associate dean, but no follow-up ever came.

Pedriani is currently finishing her bachelor’s degree at the University of Vermont, but even that came with its own complications.

He said he had to insist and demand that each of his courses be counted, forcing him to provide all the syllabi for all the courses he took at Concordia.

“I’m still currently battling for transfer credits with their counseling department,” he said.