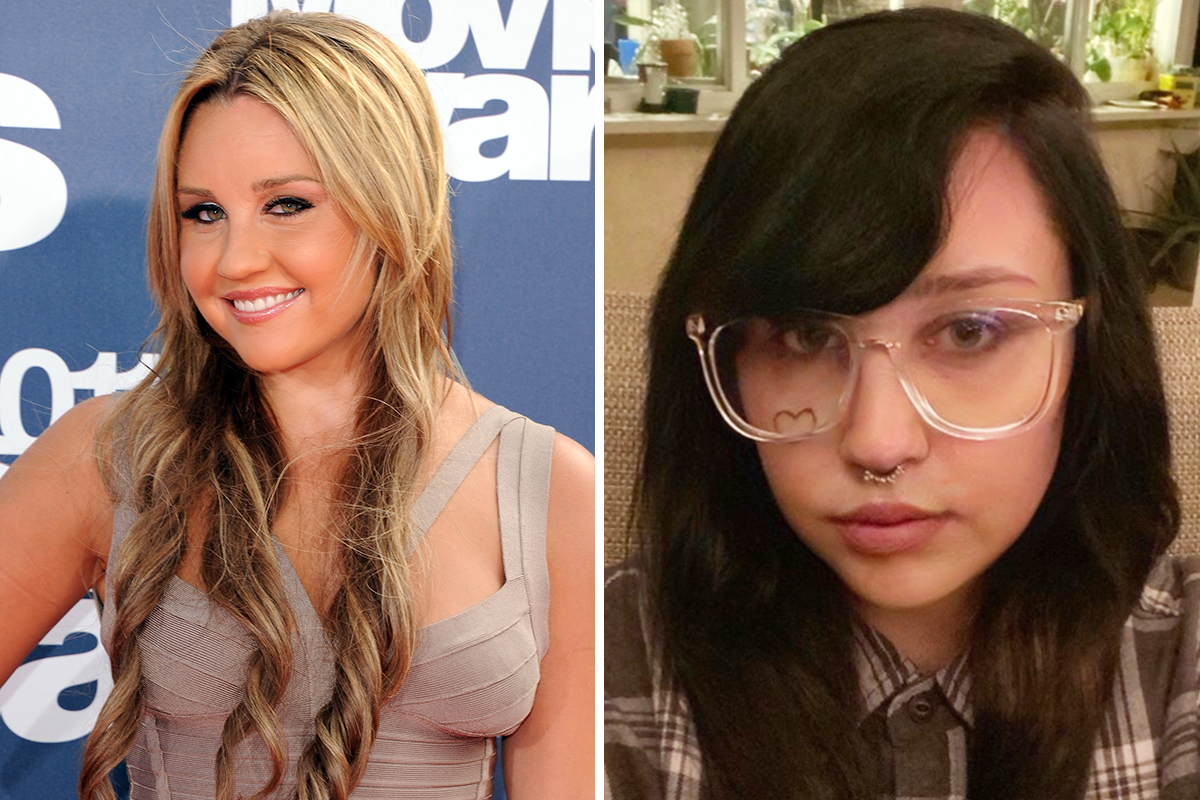 AMANDA Bynes’ style has changed drastically over the years as she has gone from a smiling blonde starlet to an edgy fashion student with a face tattoo, glasses and piercings.

Take a look at how the 35-year-old has changed since her years as a child star.

Amanda was first introduced to fans when she joined the cast of Nickelodeon’s All That in 1996.

The wholesome star was known for her bubbly and quirky personality as she stole the show from co-stars such as Kenan Thompson and Kel Mitchell.

After leaving All That, Amanda continued to put her acting skills front and center on The Amanda Show.

The comedy skit, which also starred Josh Peck and Drake Bell, aired on Nickelodeon from 1999 to 2002.

Amanda kept her image clean after leaving Nickelodeon to star in What I Like About You alongside Jennie Garth.

In addition to her role on The WB, Amanda solidified herself as a leading woman by starring in films such as Big Fat Liar, What a Girl Wants, Love Wrecked, She’s the Man and Sydney White.

After experimenting with different hair lengths, the brunette made her first big fashion change when she went blonde for the 2007 musical film Hairspray.

She also rocked long blonde hair for her role in the 2010 comedy Easy A, which marks her final film.

When she was just 24, Amanda announced her intention to retire from acting in 2010.

According to Insider, she wrote in a tweet, “Being an actress isn’t as fun as it sounds.”

Two years after retiring, Amanda made headlines when she was arrested in April 2012 for a DUI in West Hollywood.

Amanda appeared to have rose-tinted hair in her photo, as she wore heavy eye makeup.

Additionally, she was arrested for hitting a car and fleeing the scene during the same month.

Later that year, the actress was arrested for her involvement in two hit-and-run driving accidents.

Then, in September 2012, it was reported that Amanda had been arrested for driving with a suspended license after her driving privileges were revoked in light of the hit-and-runs.

Her legal troubles continued when Amanda was arrested in May 2013 after allegedly throwing a bong through the window of her apartment building in New York.

She was charged with reckless endangerment and attempted tampering with physical evidence.

After the arrest, Amanda looked unrecognizable as she showed up in court wearing a long blue wig and showing off her arm tattoos.

Throughout the period, Amanda was known for wearing bold wigs while posting rude messages on social media.

Over the years, Amanda’s wild antics died down as she pursued her studies at the Fashion Institute of Design and Merchandising in Los Angeles.

She graduated in 2019 and proudly shared photos from the ceremony on Twitter.

In the blink of an eye, the former child star rocked blonde hair and sported a sweet smile while posing with a classmate.

Also in 2019, Amanda took to social media to debut her nose ring and face tattoo in a selfie.

The actress had a heart outline tattooed on her cheek, while her septum was also pierced in the photo.

She has also worn sports glasses in recent years.

Amanda hasn’t made many public appearances since leaving the limelight.

In December 2020, she was seen on a rare public outing with her fiancé Paul Michael.

Amanda wore trendy red and black plaid pants, a black top and nude pumps, while Paul matched her head to toe in black and white.

The actress styled her short, jet-black hair with bangs.

The outing marked the first time Amanda had been seen publicly in six months after undergoing psychiatric and rehab treatment the previous year.

The child star had kept a low profile until she announced an abrupt and unexpected engagement announcement in February 2020.

Amanda made headlines on Friday when she filed papers with the court to end her conservatorship after nearly nine years.

Her mother, Lynn, began guardianship in 2013.

According to Page Six, court documents call for an end to outside control over his person and estate.

The She’s The Man actress also filed paperwork updating her mental status with her doctor.

A hearing to discuss Amanda’s petition to end the conservatorship is currently scheduled for March 22.

Amanda’s attorney, David Esquibias, told the outlet in September that the conservatorship would end when it was “no longer practical.”

He also gave an update on his client, saying she was “doing very well, in addition to anxiety and trauma”.