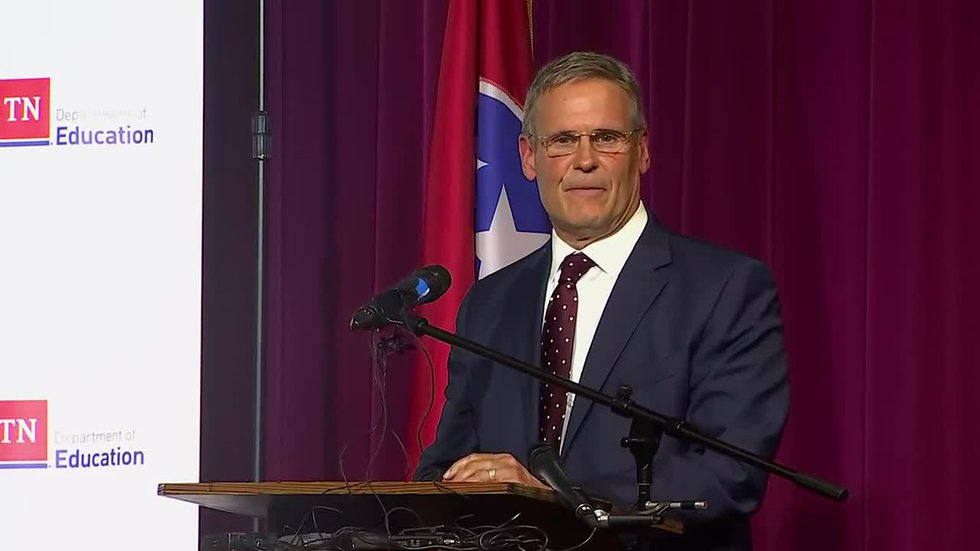 NASHVILLE, Tenn. (WSMV) – Education funding in Tennessee may be done differently now that the new formula has the governor’s signature.

On Monday, Governor Bill Lee was at Franklin High School, his alma mater, to sign the new Tennessee Student Success Investing Bill into law. The bill passed the Senate last month and was approved by the House last week.

The governor applauded the Tennessee General Assembly for passing the bill.

“Today is a great day for students in Tennessee. After months of engagement with thousands of Tennessees, our state will have an innovative new K-12 funding formula that improves public education Putting Children First I commend the General Assembly for its partnership and desire to move Tennessee public education to a new frontier.

The governor was surrounded by several heads of state and Education Commissioner Penny Schwinn when he signed the Tennessee Student Success Investing Act (TISA). The new formula would replace the old BEP formula.

This new student-focused funding formula should make it easier to understand how the dollars paid to each student are calculated. Under the new funding formula, student funding begins with base funding of $6,860. Depending on the needs of a student, more money will be allocated to the student.

“Districts aren’t one size fits all, and neither are students, and the funding formula reflects that,” Lee said.

This is what the governor and head of state say is one of the biggest differences with TISA.

“Families can actually see the amount of money that’s going to be committed to their kids and the public school they choose to go to,” Lee said.

The governor also said the formula provides a solution to how the state does teacher salary increases.

“Before, there was a bureaucratic workaround where the general assembly injected money for teachers’ salary increases, but it didn’t always go directly to teachers,” Lee said. “This funding formula ensures that teachers get the salary increases they so well deserve.”

Schwinn said next steps include rulemaking and professional development.

“So what you can expect to see is a pretty big regulation over the next three months includes four different opportunities for stakeholder engagement,” Schwinn said.

She added that the first group of rules concerned implementation; what data is collected and in what format.

“The second group of rules concerns the program. The first is ULN; unique learning needs,” Schwinn said. “We want to make sure that we code this in a way that districts understand exactly what they would code where for students to generate this funding.”

“They’ll start getting their predictions pretty early next year because unlike the BEP, we can do it anytime because it’s based on students who are enrolled,” Schwinn said. “So next year it’s really going to be about understanding how much funding your system and your school will generate and here are some strategies for investing those dollars that will maximize student success,” she added.

The governor and Schwinn said they don’t expect changes to the funding formula next year.

“I think it’s a well thought out piece of legislation. A lot of work was done in committee,” Lee said. “I don’t expect there to be any issues, if there were we will definitely find out. I don’t anticipate there will be any real issues due to the lengthy process we went through. to bring it to the shape it is in today.

Schwinn said they felt good about the legislation passing.

“I am thrilled with another billion dollars for public schools and the students we serve,” Schwinn said. “And then next year is really an opportunity, like every year, for the general assembly to come together and make decisions about public education.”

The Education Commissioner said the Department for Education is this week setting essential dates, deliverables and deadlines by the first day of the 2023-24 school year.

This new funding formula comes into effect for the 2023-24 school year.