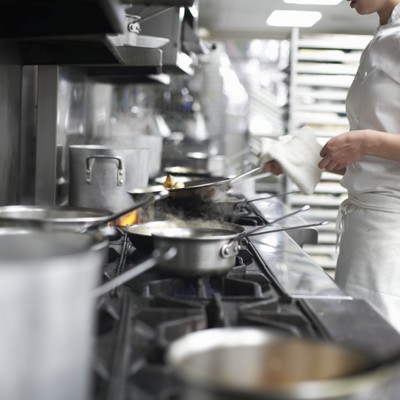 Established in 1964 by the U.S. Department of Labor, Job Corps offers an 8- to 24-month hands-on vocational and academic training program in more than 100 professional technical fields such as healthcare, construction, finance, and transportation. For 58 years, the program has served more than 2 million people, providing free training to young people between the ages of 16 and 24 from low-income backgrounds.

Resisting the coronavirus pandemic, the organization has reopened its facilities and hopes to increase the number of students. With the majority of African American interns in New York centers, Job Corps is focused on increasing the participation of Hispanic youth.

With more than 121 Job Corps centers nationwide, as well as residential and non-residential centers in the South Bronx and Brooklyn, students have the choice of training on campus alongside mentors, while taking advantage of the comprehensive services offered. by Job Corps facilities. These services include wellness departments with certified mental health consultants, nurse practitioners, doctors and dentists, with some facilities offering a fully equipped dental office on site.

“It is the residential component which is the social life of the student – ​​the house where he spends most of his time. In New York, with our homeless population hitting young adults, it also allows for a kind of oasis where students don’t have to worry about where they’re going to shelter for the night. said January Johnson, director of Career Pathways at the South Bronx Job Corps Academy.

As these facilities were forced to close during the COVID-19 pandemic, this resulted in a major virtual shift, which resulted in low attendance by some students. As all eligible Job Corps students come from very low-income backgrounds, many students did not have access to resources such as computers or a reliable internet connection.

“Our Job Corps depends on hands-on, face-to-face teaching, but we’ve ended up having to do everything virtually. This has affected the Job Corps because a lot of the kids we recruited during this time had to become second providers. for the household,” said Isabel Ortiz, director of Job Corps’ New York project.

The Job Corps program focuses on individualized, self-paced study programs for each student’s vocational education. “I think the difference in the program offered by Job Corps is that we don’t just offer a GED and training; a plan is created for each student that enrolls and as they reach each phase, we check them,” Ortiz explained. “We hold assessment panels to determine the best way to advance to the next level, so we constantly monitor their success to ensure a graduate’s success.”

Throughout a two-year self-directed program, students are able to build important support systems, which are especially vital for disenfranchised youth of color.

“We welcome young people who have not been able to succeed in mainstream education, some have been placed in foster care and probably 95% of our centers are made up of Hispanic and African American children. These young people had no support,” Johnson said.

“We have students with very difficult backgrounds,” she told New York Nonprofit Media. “The South Bronx is the poorest district in the country and you need places that give students a fair chance to succeed. So programs like this kind of level the playing fields for black and brown kids. But most importantly, we allow students to grow in their own way.

Ortiz also dispelled the misconceptions sometimes made about the candidates.

“We want to make it clear that this is not an alternative to jail,” she told NYN. “There’s a misconception that people think this program is for kids who are doing really, really well in school or have really challenging behavior. And that’s just not the case. We care about the relevance of our clients and we want to make sure that you will be a good candidate.

The program spends nearly $35,000 to train each student. Prospective candidates must pass several pre-screenings to meet the eligibility criteria.

Ortiz described Job Corps as an alternative to crowded high schools in economically disadvantaged neighborhoods, giving students the specialized attention they wouldn’t otherwise receive. Job Corps reports that more than 85% of its graduates receive a job placement, but this estimate may vary depending on the location of the institution.

Johnson also pointed to the unique challenges faced by Job Corps students in New York City, as these centers are located in areas with high levels of gun violence with an increased risk of illegal activity. activity.

“What’s happening in the news – gun violence is rampant, even riding the train is scary, and the opioid epidemic is still affecting many areas of the Bronx and New York as a whole. Our students need to focus on what they want to achieve and go beyond those things, which is why wraparound services are so important because you have to get students to succeed in all of that to see the bigger picture.

“‘I’m Latina and I’m a big advocate for the Latino community to join the Job Corps,'” she said.

“I think part of that [reluctance] is in our culture. Often children have to stay at home and help their families or even sometimes they have to work,” she added. “I feel like in my community there’s a reluctance to send your kids away because families are so protective, unlike African Americans.”

Job Corps recently reached out to the Hispanic community on WABC7’s Tiempo with Joe Torres, while doubling down on outreach efforts.

Regarding the future of Job Corps, Johnson said, “These types of programs could mean the difference between a young person caught in a distraction from their environment and becoming a working-class citizen. These programs are critical to the success of Hispanic and Black American children.