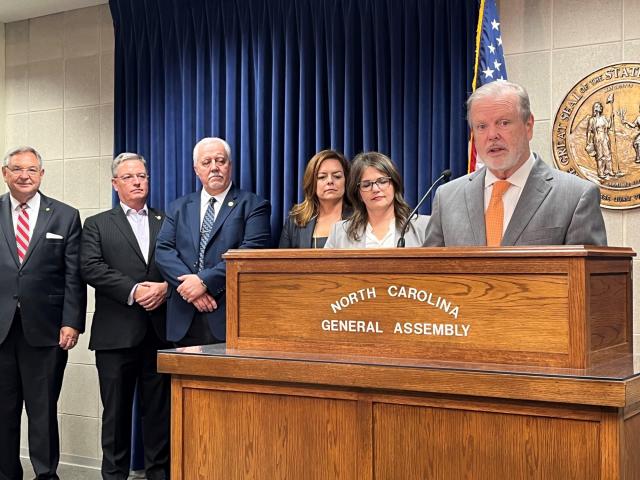 Teachers, parents and student advocates lined up Thursday to speak out against a section of the Parents’ Bill of Rights bill before the Senate Health Care Committee.

The bill, introduced Wednesday by state Senate Republicans, would require school staff to notify parents if a student of any age seeks mental health help, sees a school counselor, or begins to use a different name or pronouns to describe themselves. If the bill becomes law as is, teachers could face legal action if they violate these provisions.

Taylor Cordes, who described herself as an educator from North Carolina, told the committee that teachers should not be required to notify parents when students come to them with concerns such as sexual orientation or gender. gender identity. She said school might be their only supportive environment.

“Unfortunately there are many households where children are not safe to go out, forcing children out into hostile environments will absolutely put their lives at risk,” Cordes said.

Republican Senator Ralph Hise, a supporter of the bill, disagreed. He said parents, not teachers or counselors, know their children best and should have the final say on whether their children need guidance or support.

“Having a professional from the school [with] limited knowledge… making those decisions and not informing the parents should be a crime actually,” Hise said.

The bill passed the committee and is expected to go to the Senate Rules Committee next week.

It would also prohibit health care providers from providing health care, even mental health services, to minors without parental consent, except in emergencies. Violators could be fined $5,000.

The health care committee at times attempted to stifle some criticism of the bill on Thursday, asking speakers to comment only on certain health care provisions.

According to a national survey by the Trevor Project, an LGBTQ student advocacy group and crisis hotline, 45% of LGBTQ youth have seriously considered suicide in 2021 and 14% have attempted suicide. The survey also revealed that 60% of LGBTQ youth wanted mental health care but had not received it in the past year. Of this group, 48% said they did not receive care because they feared discussing mental health issues, while 45% cited concerns about getting permission from parents or caregivers.

After the meeting, WRAL News asked Krawiec why comments were limited to a narrow portion of the bill.

“That’s the only part this committee was dealing with,” Krawiec said. “We hadn’t even looked at the other parts of the bill.”

The bill before the Republican-controlled state legislature, House Bill 755, has also drawn criticism for other sections. A provision that would ban any mention of sexual orientation or gender identity in the K-3 curriculum was pushed back significantly by Democratic lawmakers on Wednesday.

Sen. Jay Chaudhuri, D-Wake, criticized the bill during a hearing before the Senate Education Committee, saying it “can certainly be interpreted as sending a signal from North Carolina. North that our state is not welcoming”.

Conservative groups have said parents have the right to be more involved in students’ lives than schools seem willing to allow, and that the proposed legislation allows parents to set what they see as more guidelines. appropriate to the age of their children.

Democratic Gov. Roy Cooper signaled his opposition to the bill Wednesday night, obliquely comparing the proposal to a controversial Florida proposal that critics called the “Don’t Say Gay” bill, which later became law. and says instructions in class about sexual orientation or gender identity. “may not occur from kindergarten to 3rd grade.”

Cooper also worried about the backlash against the state after former North Carolina Governor Pat McCrory signed the so-called restroom bill into law that required people to use the restrooms of the assigned gender. at birth in public schools and government buildings. This 2016 law prompted several organizations to cancel large events or major expansions in the state.

“The last thing our state needs is another Republican political ploy like the toilet bill, which has hurt our people and cost us jobs,” he said in a statement. “So let’s keep the ‘Don’t Say Gay’ culture wars out of North Carolina classrooms.”

“Forcible exits and erasing from the curriculum have serious implications for the safety, mental health and well-being of queer and trans youth, especially poor youth and youth of color,” she said. in a statement, adding that many LGBTQ children report living in unsafe housing. . “…This bill will directly put more children at risk.”