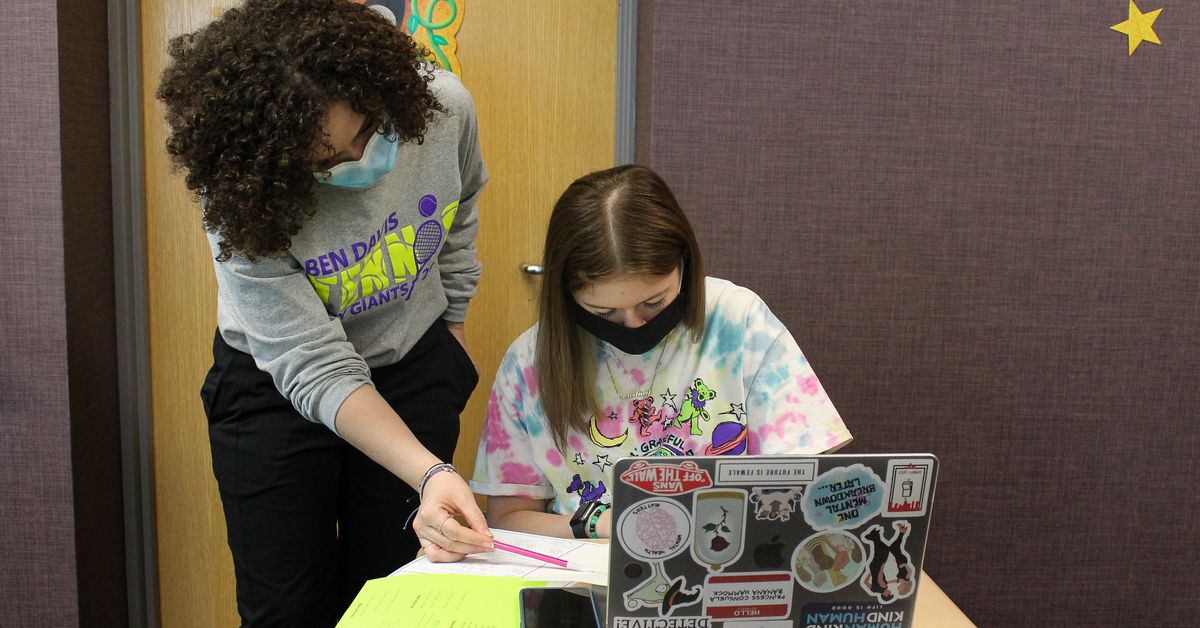 Saba Mohammed Ali has worked hard to learn English as an Iraqi immigrant, and she feels passionate about helping other students like her. But her journey to becoming a teacher almost stopped at a ‘broken bridge’.

A single parent, she delivered for Uber Eats on weekends while studying for her master’s degree in elementary education at the University of Colorado Denver. A car accident jeopardized her ability to work and complete her program, while fees for licensing exams were nearly $2,000 as she sometimes missed the mark by a few marks.

On Wednesday, the House Education Committee approved a bill to allow aspiring teachers like Muhammad Ali to pursue their dreams and Colorado schools to hire a more diverse workforce.

House Bill 1220 would provide stipends to student teachers, who currently must work for free while paying tuition, and provide other ways to prove mastery of teacher training requirements.

“You can imagine how much a bill like this would have changed my life and the lives of my family,” Mohammed Ali, who teaches a third grade class at Aurora, told lawmakers.

Proponents of the bill said the pandemic has worsened the shortage of teachers.

Also on Wednesday, the Senate Education Committee approved two bills that would make it easier for retired teachers to return to the classroom, full-time or as substitutes, without losing their retirement benefits. These bills were passed in the House last week.

A legislative analysis estimates that about 1,300 students would be eligible each year and that it would cost the state about $19 million a year, with an additional $717,000 needed to cover exam fees, travel, and school. accommodation.

State Rep. Barbara McLachlan, a Democrat from Durango, said she was optimistic the legislature would find funding for the program. She said it would help create a teaching workforce that reflects Colorado students.

“We can have single parents and people in financial difficulty, military veterans and rural teachers,” McLachlan said. “These are people who should be in education because we teach a wide variety of students.”

Representatives of Colorado’s teacher preparation programs said they lose students every year who cannot afford to complete student teaching, which is a full-time job but pays nothing.

Jenni Trujillo, dean of education at Fort Lewis College, where 45% of students are Native American, described a student teacher who travels 60 miles one way from Durango to Towaoc on the Ute Mountain Ute reservation in a truck with tires bald heads he shares with his brother. The cost of an unexpected car repair has the potential to derail his plans.

Meanwhile, her phone keeps ringing with calls from principals looking for teachers.

Supporters said the bill’s provisions creating alternatives to licensing exams are also key. A report last year from the National Council on Teacher Quality found that less than half of aspiring elementary school teachers in Colorado passed their exams on the first try, and of those who failed, many did not try again. .

Cristhina Shaikh, principal of Munroe Elementary School in Denver, said she herself failed her licensing exams twice but still received distinguished marks as a teacher. She had to give up promising potential teachers because they failed their licensing exams. More often than not, they’ve been teachers of color and applicants whose first language isn’t English, the very types of teachers Denver is eager to hire.

“If the practice [exam] was the only indicator of my qualification, I probably wouldn’t be an educator today,” said Shaikh, who earned her license with an alternative test that has since been discontinued.

The bill calls for education and higher education departments to work together to create other measures of teacher qualification, such as a combination of high grades on college coursework and portfolios of study plans. coursework, analysis of student data, and other work done while teaching students. . Some other states, including Oregon, already have similar systems.

“We don’t want to compromise the goal of high-quality teachers,” said state Rep. sponsor of the bill Cathy Kipp, a Democrat from Fort Collins.

The House Education Committee approved the bill with an 8-to-1 bipartisan vote. It still needs to be approved by both houses.

2022-03-03
Previous Post: Treated like puppets at the border by Ukrainian soldiers: a student recounts the horror
Next Post: Affordable Boise, student, other apartments. Come near you