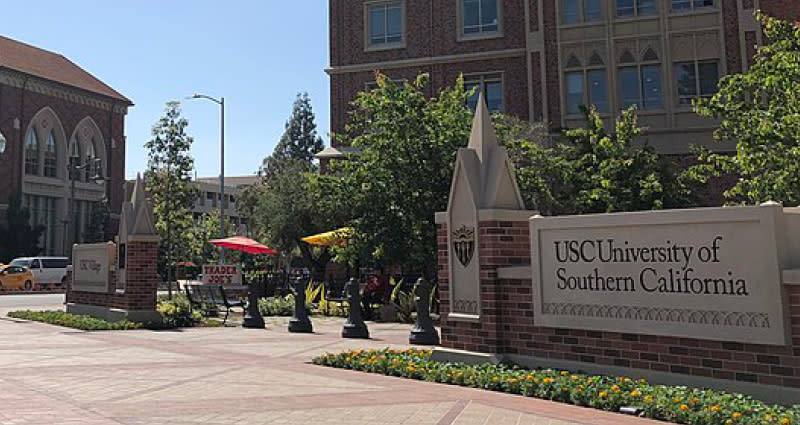 A Chinese graduate student and cinematographer at Chapman University has died in a car crash on a sand dune while working on a University of Southern California student film.

Cinematographer Peng Wang, better known as Aaron, 29, volunteered to help with an “authorized student project” for a filmmaking course at USC.

Wang was in a Can-Am Maverick UTV with three USC film students at the Imperial Sand Dunes Recreation Area just southeast of Los Angeles. A California Highway Patrol spokesman, Officer Arturo Platero Jr., said the students were at the top of the dune on April 15 when their vehicle overturned.

“Everyone on board was wearing their safety harnesses except for the deceased,” Platero said. Los Angeles Times. “The individual sustained fatal injuries in the rollover.”

The third-year graduate student was apparently only wearing a helmet.

Wang had previously appeared in film festival-recognized shorts, including “Daemon,” which won Best Drama Short at the Los Angeles Film Awards. the last movie which he worked on is titled “Finale”, which follows a man “who travels to his death in the desert”.

“He’s a humble, traditional type of guy,” said Oliver Li, Wang’s roommate. The cinematographer was remembered by Li as a devout Christian who believed in helping independent Chinese filmmakers.

The dean of Chapman University’s Dodge College of Film and Media Arts, Stephen Galloway, said Wang had completed most of his requirements and would posthumously receive an MFA.

“This was the first and only serious incident involving one of our students in our memory,” Galloway said. “There’s a lot of work if you’re a student, and filming is psychologically and physically taxing and that’s why you have to put in place very strict measures so that they learn to protect themselves.”

“We have extremely strict safety protocols, but in this case we had a student volunteer for a freelance project and we have no control over those,” Galloway added. “I can’t imagine anything worse than an incredibly talented and brilliant young cinematographer dying on a production, and I’m outraged that strict security measures haven’t been put in place about it.”

USC said in a statement: “According to our policies, any filming taking place more than 80 km from our campus, or involving the use of all-terrain vehicles, would have required very specific approvals from the school. We do not know if such approvals have been requested or provided in this tragic case.”

The crash happened near the Osborne Overlook, which is overseen by the Bureau of Land Management. A spokesperson for the Bureau mentioned the student production had not needed a permit because their filming period was short and not expected to cause “appreciable damage or disruption”.

Wang’s friends and family set up a memorial fund websitewhich includes a letter from Wang’s family and donation locations for people to help Wang’s parents travel to the United States to bring their son back to China.

“Our son died pursuing what he loved,” Wang’s parents, from Chengdu Sichuan, wrote in a letter. “Apart from helping with Peng’s education, we are also financially burdened by Peng’s grandmother who is suffering from cancer and his uncle who is receiving treatment for a mental illness. Peng knew the difficulties we were going through and always wanted to work hard so that he could support his family later in life. Peng was only a month away from graduating; his mother and I looked forward to seeing him and congratulating him on his accomplishments.