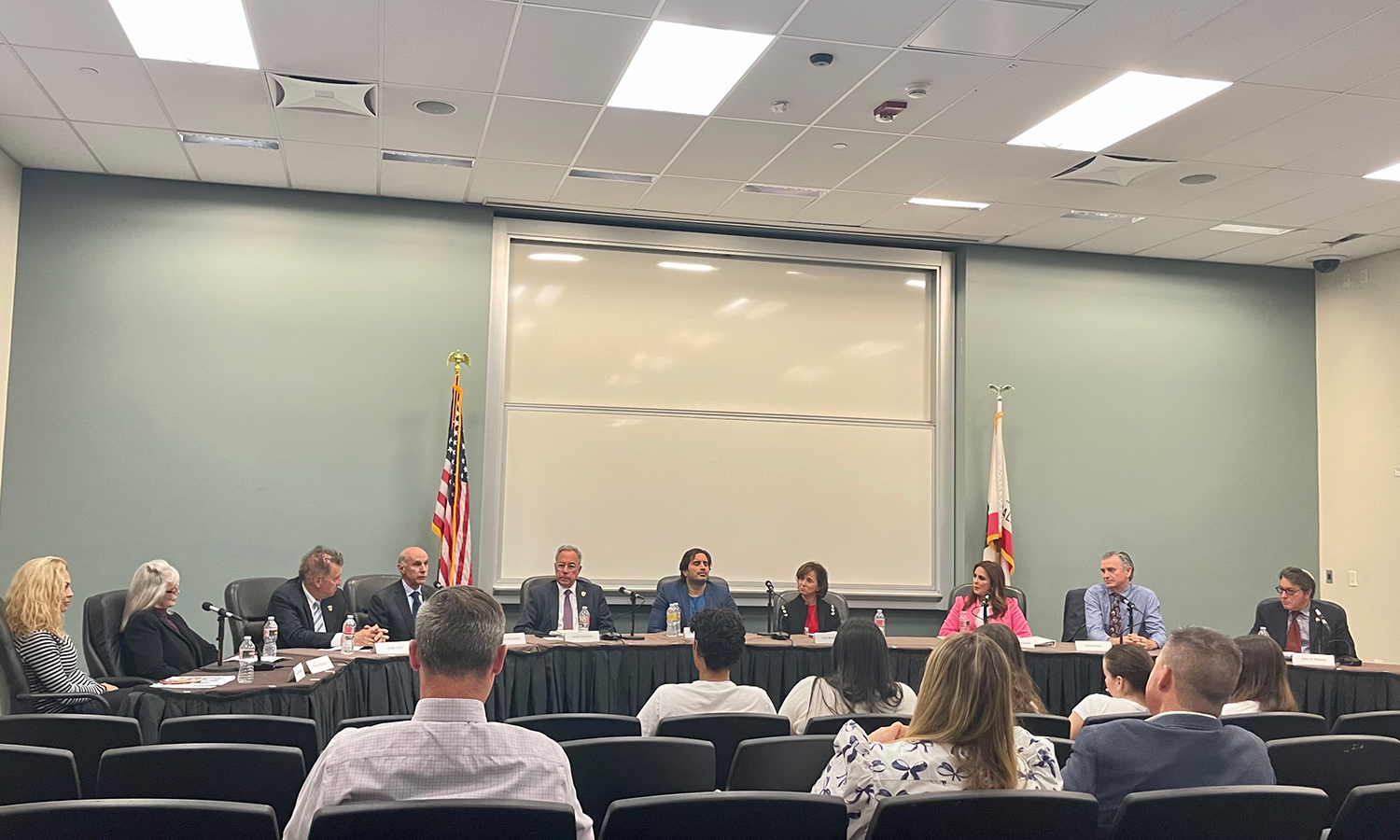 “Because this forum is entirely student-focused, it will provide a unique perspective on each of the candidates’ platforms and personalities,” BHEF’s Danielle Lieber told The Mail. “Our teenagers see local and community issues from a different perspective than we do and are therefore better placed to ask creative and newer questions that adults might not think to ask.”

Shiva Bagheri kicked off the forum with his opening statement, which was delivered in the form of a rap that began “don’t let your rights be taken away from you by globalist psychopaths who want a payday , they thrive on power, money, control if you’re not too careful they’ll take your soul.

The first question asked candidates how they would use city resources to fight homelessness, and the next question quoted an April 25 Los Angeles Times article about the city’s nearly 2,000 closed-circuit cameras. “Do you agree with the city council’s decision to sign this, or do you think this is an unnecessary invasion of privacy,” student Melina Rosen asked.

All candidates except Bagheri supported the use of cameras throughout the city. “I’m not a lawyer, lawyers can correct me, but I believe you have no right to privacy when you’re in public,” Licht said.

“I’m also a big proponent of mixed use,” Markowitz said in response to the idea of ​​making the city accessible to low-income families. “I don’t know if the kids are aware of it, so it would be a store downstairs and above the store there would be two or three more houses for people to live in and that would cut significant costs.”

“The transit system, obviously that would help, and we have a whole sustainability committee looking at the things we can do as a city,” Mirisch said of sustainability issues. “We are part of the Clean Power Alliance, which allows us to have renewable energy and electrification.”

The final questions asked candidates how they would encourage the growth of small businesses in Beverly Hills and ensure their success.

“It’s really important to start attracting businesses by giving them incentives,” Nazarian said. “Whether it’s to speed up the permitting process or the time it takes for them to be part of it. What concerns me the most is finding businesses that are better suited to our community.

The contestants also met for two forums on May 9 hosted by the Beverly Hills Active Adult Club (BHAAC) senior forum and residents of the Hillgreen Watch neighborhood.

This latest forum, held virtually, was moderated by Frances Bilak, who told the Courier that Hillgreen has recently witnessed a “surge of intruders, vandalism, dumpster divers, thefts and break-ins”.

Attorney Darian Bojeaux, who joined at the last minute, offered a solitary defense of embattled district attorney George Gascón, who has been blamed in part for recent crime trends. All the other candidates expressed their support for the attempt to recall him, even donating to the cause and helping collect signatures to place the question on the November ballot.

Bojeaux pointed to statistics showing that “crime is up across the country and it’s also up in areas that have traditional AD.”

Other candidates acknowledged national crime trends, but at the forum, Licht said the lived experience of residents, including himself, was different.

“Perception trumps reality for me,” he said.

The candidates also spoke about the need to make the city accessible to the senior community, with Nazarian suggesting a program that would offer seniors discounts at retail stores in the city.