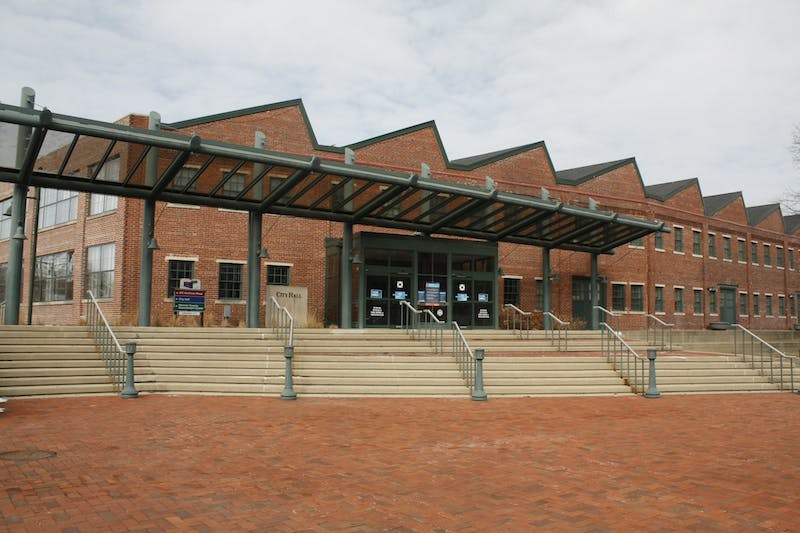 In council member Steve Volan’s report, he discussed the census numbers for Bloomington, saying the 2020 numbers are “significantly lower than expected.”

He said a lower number was bad for everyone — Monroe County, Bloomington and IU — because it meant $1,800 to $2,000 less in federal money per person for local services provided by the city.

Volan showed census figures miscounting the number of IU students after many walked away early in the COVID-19 pandemic. The data showed that more than two-thirds of students who usually live in Teter Quad were not counted in the census. He spoke of similar results in McNutt, Briscoe and Foster Quad.

In his closing remarks, he suggested that the US Census Bureau accept residential numbers from February 2020 and adjust the numbers accordingly.

My Sister’s Closet is a non-profit organization that provides second-hand clothing and support services to women experiencing poverty.

In her acceptance speech, Keller said she lives in a community that allows her to thrive and do something she feels makes a difference for others.

“I’m honored to receive this and I work with the best people in the world,” Keller said.

He said Peerless, the petitioner, is considering redeveloping the site with a new five-storey multi-family apartment complex. The driveway in question, Greulich said, contains part of the chimney that has been repeatedly discussed at recent city council meetings.

He said the planning commission approved the petition with three conditions before receiving a grading permit: parking for bicycles, lampposts and trees and checking vacation driveways.

In the council’s comments, there were several questions related to the timing and merits of keeping the lane. In response to Councilor Sue Sgambelluri, City Council Beth Cate said a delay in discussing this request after recess would cause a significant delay in many areas, such as the reopening of Line B , a popular line. path that joins the railway.

Council member Dave Rollo asked if affordable housing was discussed when the plan for the property was created. Scott Robinson, the city’s director of planning and transportation, said the law prohibits the planning committee from requiring affordable housing, but the petitioner is working to include sustainability in the designs.

Towards the end of the meeting, many council members, including council members Jim Sims and Ron Smith, said they would rather walk out of the aisle and not include incentives such as commissioned public artwork. honoring the Johnson Creamery and the Chimney.

Affordability was a big concern among board members.

City Council voted unanimously to postpone the discussion to June 15 to give the petitioner more time to discuss with the title company.

Andrew Cibor, a city engineer, presented the Phase 1 East (Hopewell) development. This is the initial phase of a site redevelopment plan for IU Health Bloomington Hospital. In his presentation, he said the Redevelopment Commission has options if the council chooses to fail the legislation, however, they lead to fewer public benefits and an overall postponement of the issue.

Cibor said he recognized council’s concerns about creating another monolithic structure, but the current proposal would add new driveways intended for vehicle use only as well as pedestrian connections.

He said council members and the commission both value affordable housing, sustainability and good design.

Robinson said a conservative deadline for the project would be early 2023 and an optimistic estimate, the end of the year.

There was no public comment following this order and the council passed the resolution with all nine votes.