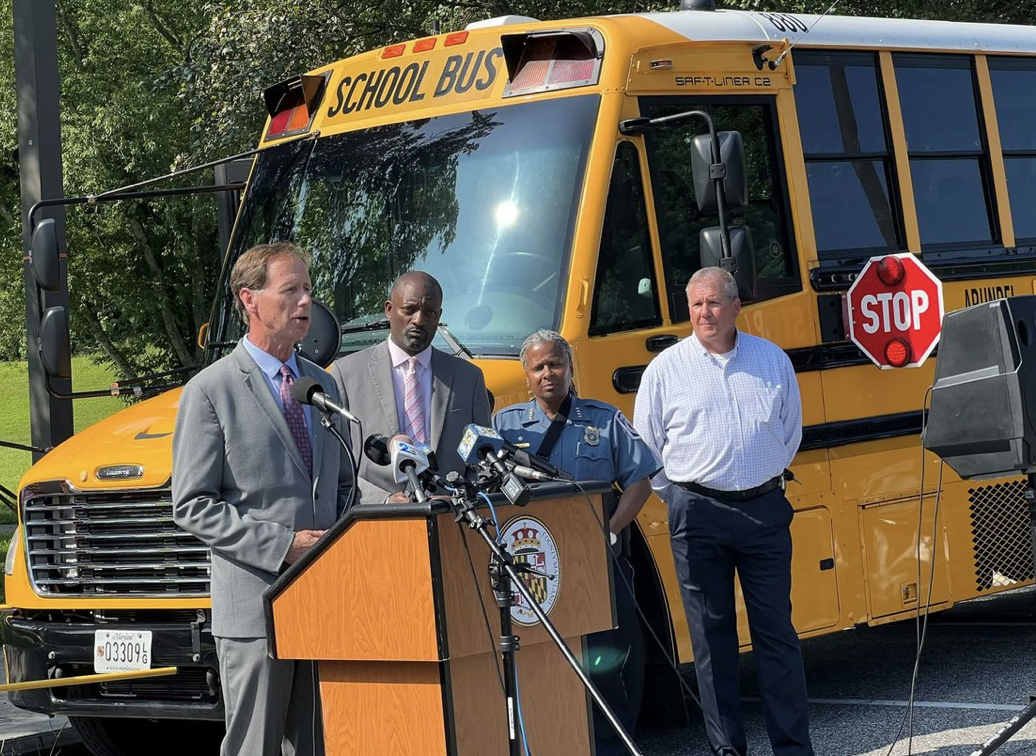 Anne Arundel County will implement an enhanced safety plan for student transportation prior to the upcoming 2022-2023 school year.

A significant part of the initiative will upgrade all school buses in the county with cameras and technology to help prevent and respond to dangerous traffic violations. A press release from the AACPS explained the technology used:

As part of the initiative, the entire AACPS bus fleet of approximately 750 school buses, including those owned by contractors, is being upgraded with advanced safety technology that includes handheld cameras AI-powered stops to detect violations and capture the license plates of drivers who illegally overtake school buses. This video evidence is shared with local law enforcement for review and validation before a citation is issued.

In addition to stop arm cameras, AACPS has also equipped its buses with additional safety features such as 360-degree security cameras for a complete view of activity inside and outside the bus. buses, GPS tracking and emergency response solutions.

“This program will protect our children, make our roads safer and give parents some peace of mind,” County Executive Steuart Pittman said. “This is yet another collaboration between our school system, county government and the private sector that will benefit everyone.”

According to a Tweet from the Pittman County Executive, the new safety program will begin with a “warning period” and “public awareness campaign” on the first day of school. Violation citations will begin October 1.

A press release from the AACPS confirms this, stating, “In addition to county police enforcement, the AACPS will conduct an awareness campaign to educate motorists, especially new drivers, about the laws on school bus safety and teach school children how to get on and off the bus as safely as possible.

Anne Arundel County is just the latest district in Maryland to implement the BusPatrol student safety platform across its entire fleet. School systems in Carroll, Howard, Montgomery, Prince George and Queen Anne counties also have anti-arm safety programs to tackle the problem of illegal overtaking. In some communities, the program has reduced violations by up to 30%.