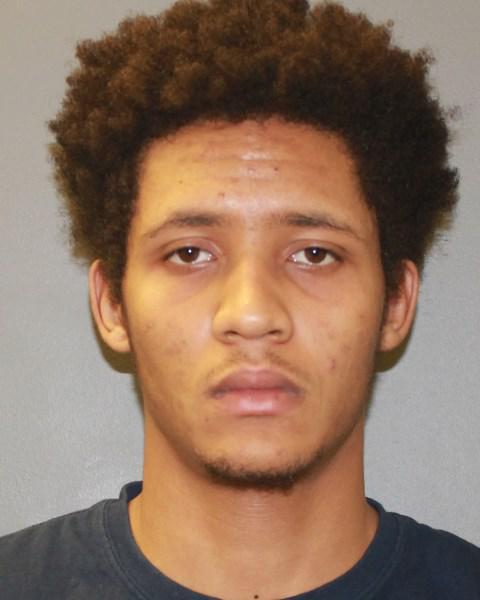 HAMDEN — Two men were with Jenigh Ward when he allegedly shot and killed 15-year-old Elijah Gomez, according to an arrest warrant affidavit.

The document describes how the three men appear to have waited behind a group of trees as Gomez walked along the canal line in the moments before his death.

Ward, an 18-year-old Hamden resident, is facing one count of murder, one count of conspiracy to commit murder and one count of carrying a weapon without a license in connection with the May 9 murder of Gomez.

The arrest warrant affidavit was signed on May 18 by Hamden Police Detective Andrew Lipford and was approved the same day.

Acting Police Chief Tim Wydra said authorities began searching for Gomez immediately after the warrant was signed. They made the arrest on Monday.

“From UM#2’s perspective, one has a clear, unobstructed view of anyone walking on the channel line for any significant distance,” it says. “Based on UM #2’s actions, it appeared that he was attempting to locate and determine Gomez’s location.”

Investigators believe the men then hid behind a group of trees and waited for Gomez to approach.

“The group moved from the Canal Line to a group of trees that line the east side of the aforementioned driveway,” the affidavit reads. “Based on the video, it is apparent that the three individuals hid behind the tree where they then waited for Gomez.”

At 2:31 p.m., as Gomez turned off the trail and walked down the driveway, the warrant says, the men emerged from behind the trees, according to the affidavit.

“Ward walked up to Gomez’s left side and discharged a gun,” he said.

A witness working in a building on Rue Marne reported hearing five gunshots and seeing three men fleeing the scene, the affidavit states. He goes on to describe how the witness reported finding Gomez in the driveway and yelling for a co-worker to call 911.

Police say they were called to the scene at 2.34pm

When a reporter arrived that afternoon, police had cordoned off the driveway with crime scene tape. A covered body lay on the sidewalk near the intersection of the access road with Treadwell Street.

Police used witness statements and surveillance footage to determine the three men arrived and left in a gold Honda Civic with classic plates, Lipford wrote in the affidavit.

The day after the murder, members of the New Haven Shooting Task Force located a vehicle matching this description on Gorham Street in Hamden, the affidavit states, adding that the vehicle was registered in Ward.

A resident who saw police on Gorham Street that day told the New Haven Register he saw authorities towing a car and escorting two men into law enforcement vehicles.

Detectives interviewed Ward after locating the car, according to the affidavit, which says Ward admitted to parking his car on Manila Avenue – a side street near the driveway where police said Gomez had been shot – the day of the murder. He told police he walked to Canal Line and heard gunshots but saw nothing, the affidavit states.

Ward also told police he visited a restaurant near Dixwell Avenue earlier in the afternoon, according to the affidavit. When investigators retrieved surveillance footage from the restaurant, they showed a man they were able to clearly identify as Ward based on his facial features, according to the warrant, which indicates the man’s clothing matched those of the shooter in the video.

After Ward’s arrest on Monday, Wydra said the department believed Gomez was being targeted but didn’t know why.

Police hope to make further arrests in connection with the case, he said.

Although no new arrests were made on Wednesday, Wydra said, “it’s still a very active investigation.”

Ward is being held in lieu of $1 million bond, according to the state court database, which says he is due June 22 in Superior Court in Meriden.